The Practice of Doing Nothing: How I Stopped Fueling my Stress 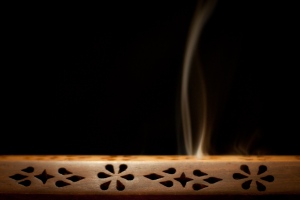 I caught myself getting overwhelmed tonight. I’d been distracting myself from my stress all day long—running from meeting to meeting, answering emails, sending emails, moving from one uncompleted task on my desk to the next. When I finally got home and needed to focus on my children, though, I no longer had the energy to distract myself. So the stress I had successfully avoided all day slowly began to unravel itself and take over.

The power of emotion is extraordinary. I felt the stress coming, could clearly see the effect it was having on me, and yet still felt powerless to stop it. As it built I tried not to let it effect my time with my children—but it did. I was impatient, angry, short and instantly regretful. But what could I do in the face of an emotion that was tightening my chest and making my heart beat so wildly? How could I possibly stop this avalanche? I was losing the battle. I was coming undone.

Then, I remembered the advice of Andy Puddicombe, the meditation guru from Headspace, saying something about the problem of resisting emotion. I remembered him talking about how, if we were to stop resisting the emotion that is causing us stress, then we will stop fueling that emotion. I was having a hard time understanding this lesson of Andy’s until tonight. When my stress reached the verge of overwhelming, I decided to give Andy’s advice a try. I sat down on my meditation mat, mala beads in hand, and stopped resisting—I stopped fighting the emotion within me. I allowed it to simply be while I breathed in and out. Almost instantly, I felt my stress lose a lot of its energy. And I realized I had been fueling it all day with my active resistance. Also, when I sat with my stress (it honestly felt like I was honoring it, like I was giving this emotion its due) it parsed itself out…it revealed itself as more than just the generic term of “stress”…but more specifically as sadness, self-doubt, and the fear of failure.

Ten minutes later, I am writing a blog post and reaping the benefits of this extraordinary practice. I still feel stress, but I am not overwhelmed. I am not undone. And I am much more aware of the source of my stress—which will make it easier the next time it, inevitably, comes around.

2 responses to “The Practice of Doing Nothing: How I Stopped Fueling my Stress”